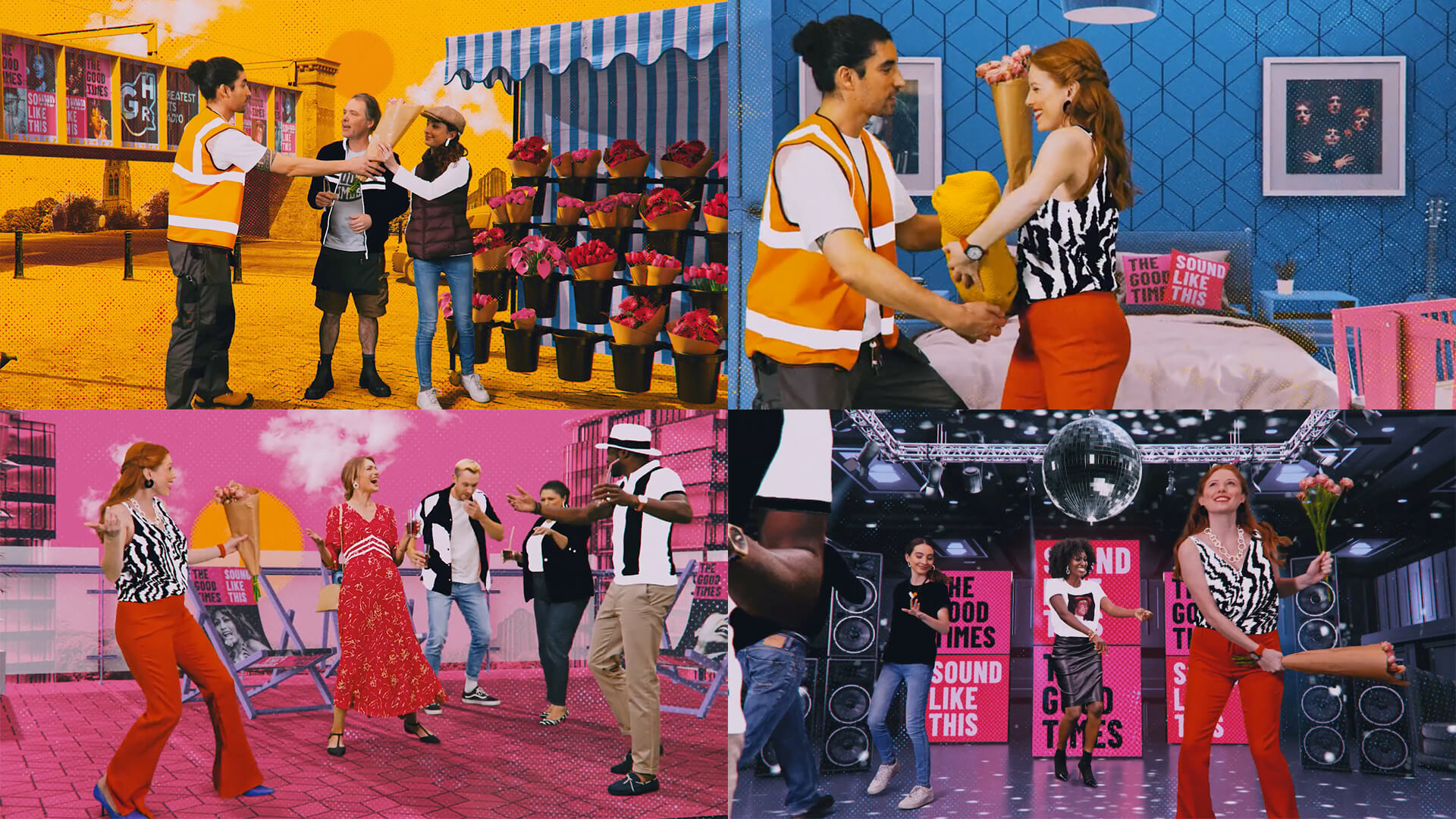 Thinkfarm has made a second TV commercial for Greatest Hits Radio, a year after the successful launch commercial featured across London and UK channels. Our newest instalment in the GHR story shows the progression of our opening character’s lives. Designed to remind listeners that THE GOOD TIMES (still) SOUND LIKE THIS, Thinkfarm wrote, shot and animated an “episodic” film where the scenes are all new, but the faces remain constant. The new film features a young couple from the first commercial outing, now married with a baby – sharing flowers bought at a family flower stall that’s run by a father and daughter from film 1.