Stand by the cleanest, most uncomplicated ideas 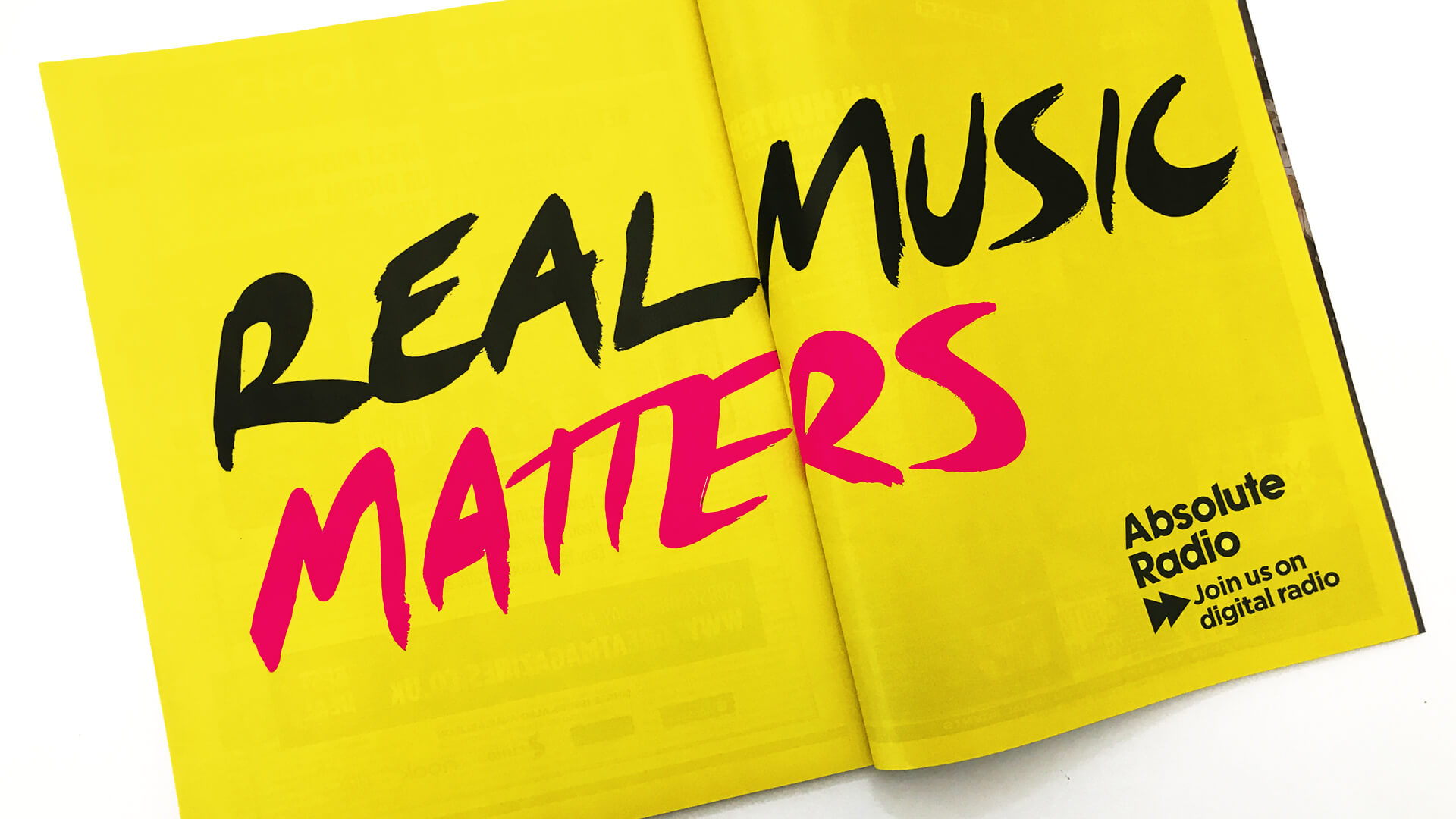 Stripping a branding strategy back to its absolute core and defining new audiences can be daunting, says Anne-Marie Lavan, group marketing director at Bauer Media, but it’s also essential if you’re to arrive at the best result.
“Sometimes the most effective campaigns are the simplest ones. But it takes bravery to pare everything back and stand by the cleanest, most uncomplicated ideas. It’s exposing – there’s nowhere to hide,” says Anne-Marie Lavan.
In any brand strategy the key thing is defining the product – what it’s all about, what it stands for and who it’s for. ‘Working all that out should be the launchpad for any marketing campaign,” she says. “The radio market is incredibly cluttered and highly competitive, so it is crucial to work out the thing that serves to differentiate you from other stations and what excites and engages listeners.”
When Bauer first started working with Thinkfarm, it had just acquired Absolute Radio (originally Virgin Radio) and wanted to drive awareness of the brand. Part of the job was to create a campaign that really nailed what the brand stood for and spoke to current and potential listeners.
“The result – Real Music Matters – is so forthright and uncompromising,” says Lavan. “Thinkfarm took our existing positioning line – Where Real Music Matters – and by simply removing the first word made the campaign a clarion call for musicianship, unmanufactured bands, proper stuff. Something that Absolute stands for. It was a bold move and it really worked.”
The strategy clearly positioned the brand in an increasingly crowded space. “To stand a chance in the current environment – and square up to both established radio competitors and new providers like Spotify – you need to have a purpose, and creating a space for real music to thrive is ours,” says Lavan.
Using only three words, the direct visual language and imagery has the immediacy of graffiti with a colour palette that evokes an indie-punk spirit. It hits you right between the eyes wherever you see it – OOH posters, national magazines, digital media ads, wherever.
Where Absolute was about positioning itself as a true advocate for real music, newly launched Scala Radio was about defining and serving a completely new audience. 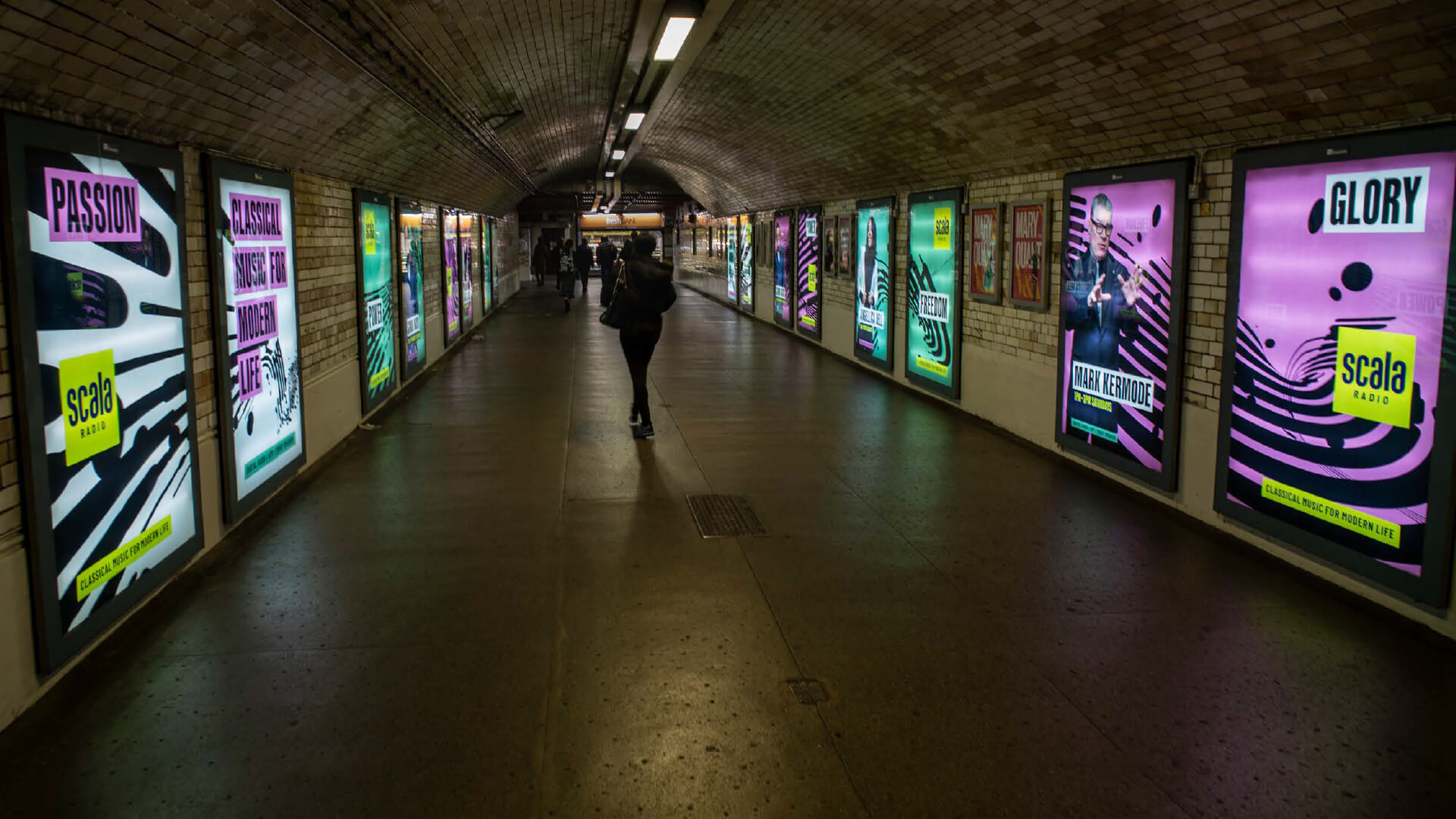 “The classical music scene was underserved by radio. There were two channels really – Radio 3 and Classic FM – and we thought there was room for another, one with a slightly different remit,” says Lavan.
Most of us are exposed to classical music on a daily basis whether we fully register it or not. It pops up on TV ads and films (British Airways and Léo Delibes’ Flower Duet, or Apocalypse Now and Richard Wagner’s Flight of The Valkyries, for example).
“Our research told us that there was a massive untapped market for classical music and a real opportunity for a fresh approach to a very established sector.
“The majority of classical music fans are older, but there’s a big group of people coming up through the ranks who may have grown up with rock and pop but love this genre too, and they were simply not catered to. We felt there was room in the market to serve both audiences – those deeply immersed in classical music and a new group we called ‘the dabblers’ – with an entertainment station that plays classical music.
Thinkfarm’s approach was to inject accessibility and fun, and communicate the difference that Scala Radio brings. “They captured the ethos with the name and positioning. Scala Radio: Classical Music For Modern Life. It really hit the right note and spoke to people at all stages of the knowledge and appreciation spectrum,” says Lavan.
The brand name itself works on many levels. It translates as ‘scales’, referencing the highs and lows at the heart of music new and old. It’s also the name of Milan’s renowned opera house, La Scala. Abstract images of swirling staves and tumbling notes speak to the musical credibility of the station but are modern and freeform in style. The overall identity system involved film, photography and 3D movies to support all elements of the comms strategy across digital, social media and websites. 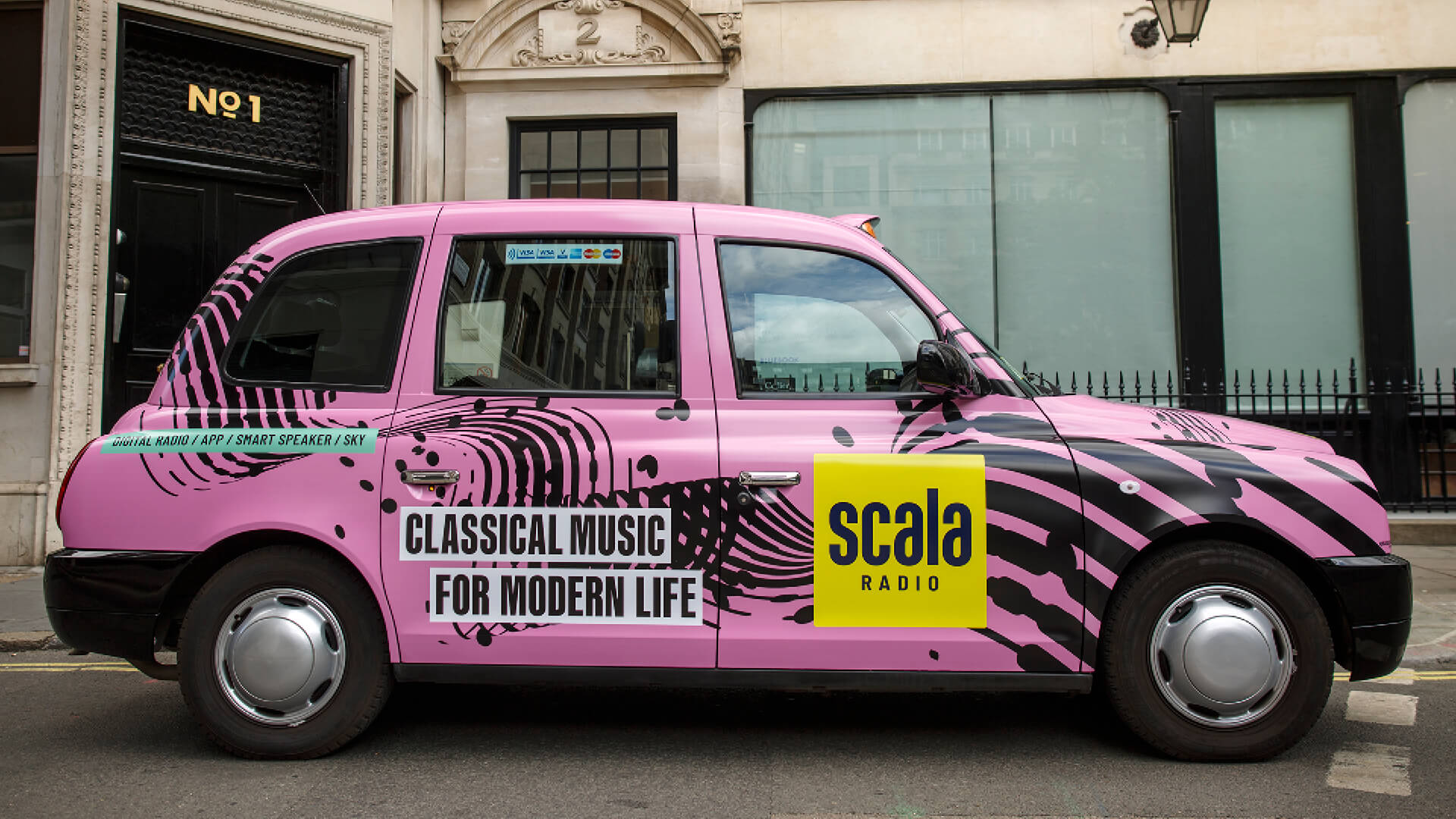 On the working relationship between Bauer and Thinkfarm she has this to say: “Working with Thinkfarm can be challenging and they push us hard – it can get quite heated at times! But we also have a lot of fun. I love that they are as passionate about our brands as we are. The team are there throughout the whole process – from initial strategising and market positioning, to the comprehensive creative response and national launch campaigns. And they nail it every time!
Has the lockdown impacted on listening figures? “We have seen strong growth in our streaming figures and real changes in listening habits. We’ve spent lockdown creating some fantastic event radio and appointment-to-listen programming. Radio as ever has proved itself to be a consistently agile and adaptable platform, and having clearly defined and strong brands has been a godsend. Our listeners know we are here to do what we do best – entertain, inform and comfort.