Owned by Celador Radio, SAM broadcasts primarily on the FM frequency in the areas of Bristol, Swindon and along the south coast of the UK, SAM FM plays a variety of old and new music. 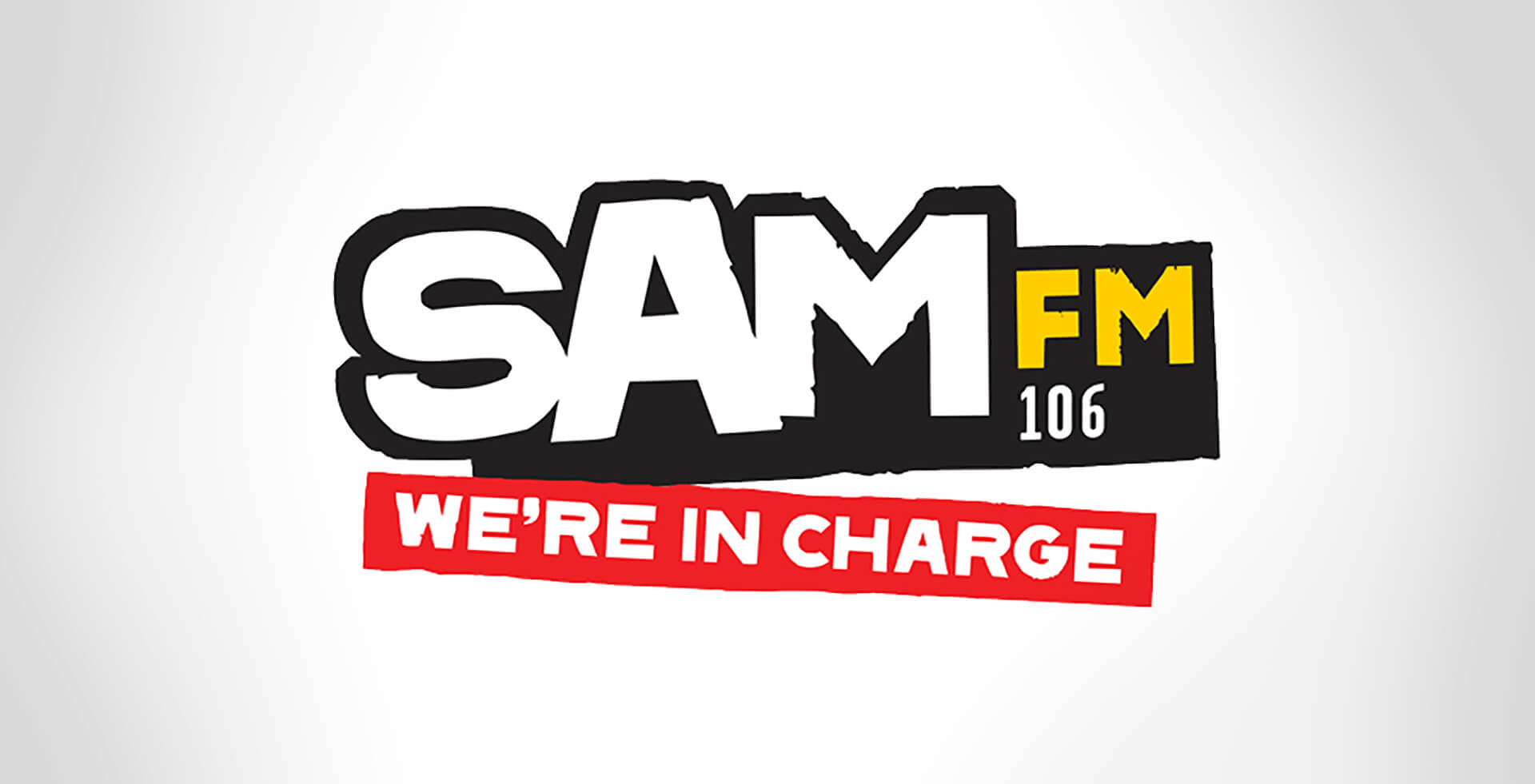 When we were asked to review the brand, the name under which it broadcasted was Jack FM – a brand owned and licensed out to a variety of broadcasters including Celador.

We gained an understanding of Celador’s plan and the rationale for the change and developed long lists of potential names along with positioning statements and messaging. Through a number of iterations we focused on a shortlist and eventually chose a short and punchy name which reflected the personality of the station and could support the narrative that is characteristic of the team – witty, irreverent and determined to play the music that they want with no evident play listing like other stations.

Celador had been considering, for some time, taking control of their own brand as opposed to franchising a name, which had consistently caused confusion with the two UK Jack stations not under its ownership. The decision was made to consider alternative naming and if a good replacement could be found, proceed to develop a brand identity – quickly. Our brief was to understand their ambition, help explore the possibilities and facilitate a decision on new naming and positioning followed by the design of a new identity system.

The switch to SAM FM was rapid and delivered without fuss or fanfare on 1st April, leading many people to think that it was a joke. We created the core identity and the extended systems of parts then used to create the website and other promotional materials. Required to launch and then sustain the station in its future, independent of the previous franchise. The reaction within the industry was very positive as was the response from SAM’S listening public. 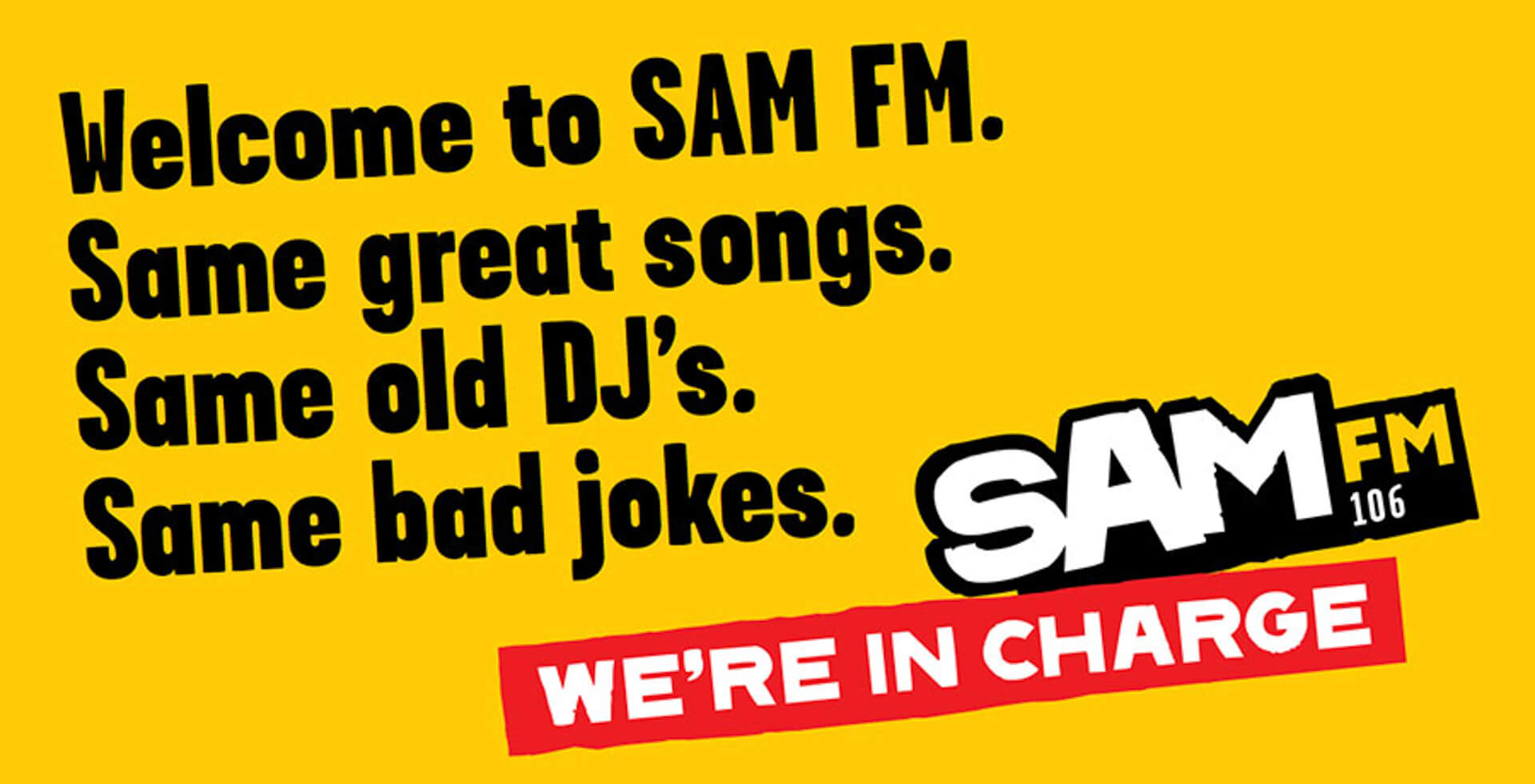 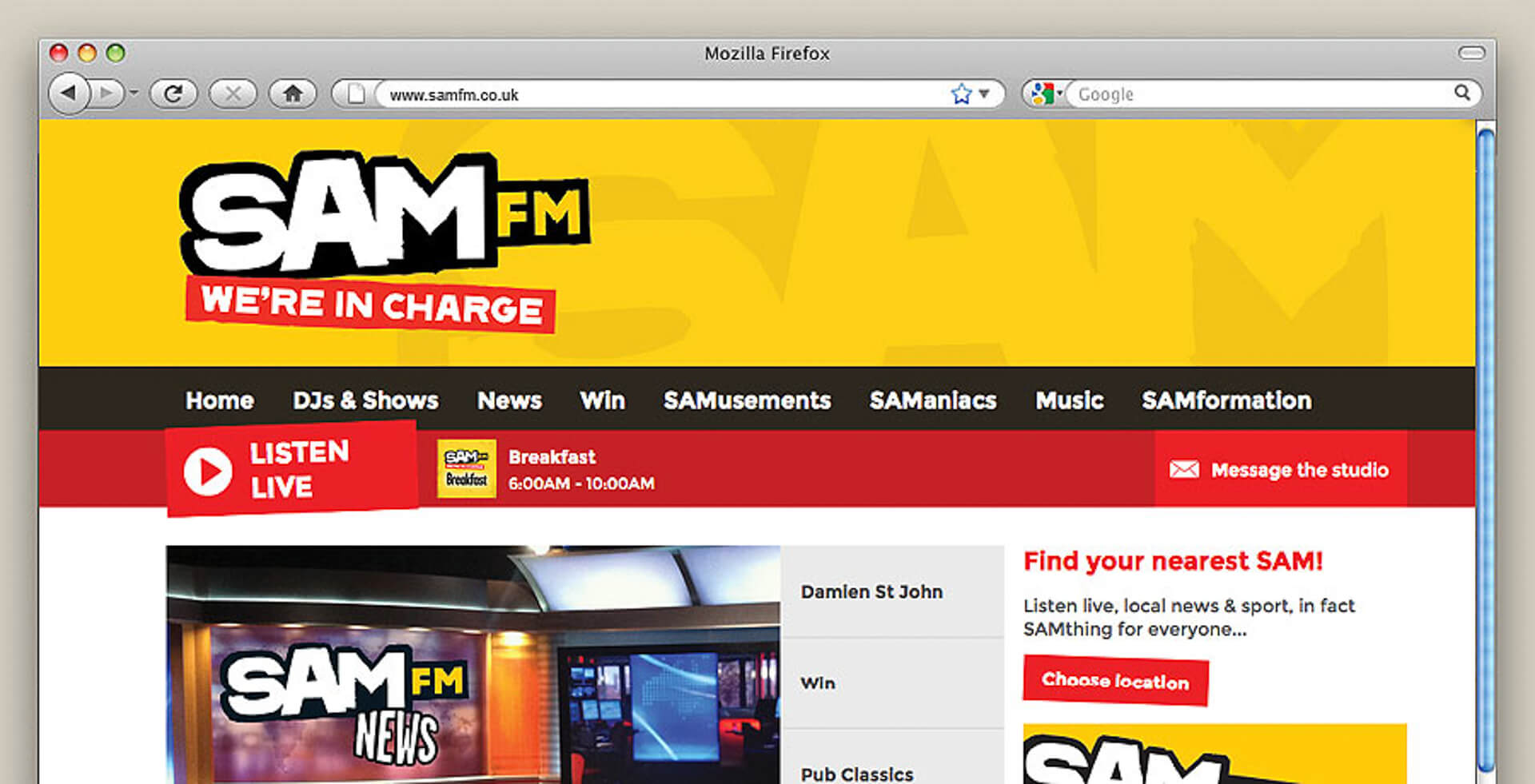