Toggl is a time tracker, best known by the global community of people who sell time and expertise. It tracks time simply, precisely and continuously. For team leaders, project and studio managers, understanding how time’s spent is key to making the most out of it.
Until now, most people who use Toggl learned about it through social media, word of mouth and web searches. The people who run Toggl want to spread the word further and to larger work teams. To answer the brief, we’ve developed a high visibility campaign to grab attention and turn more people on to productivity, starting with the creative communities of New York City. 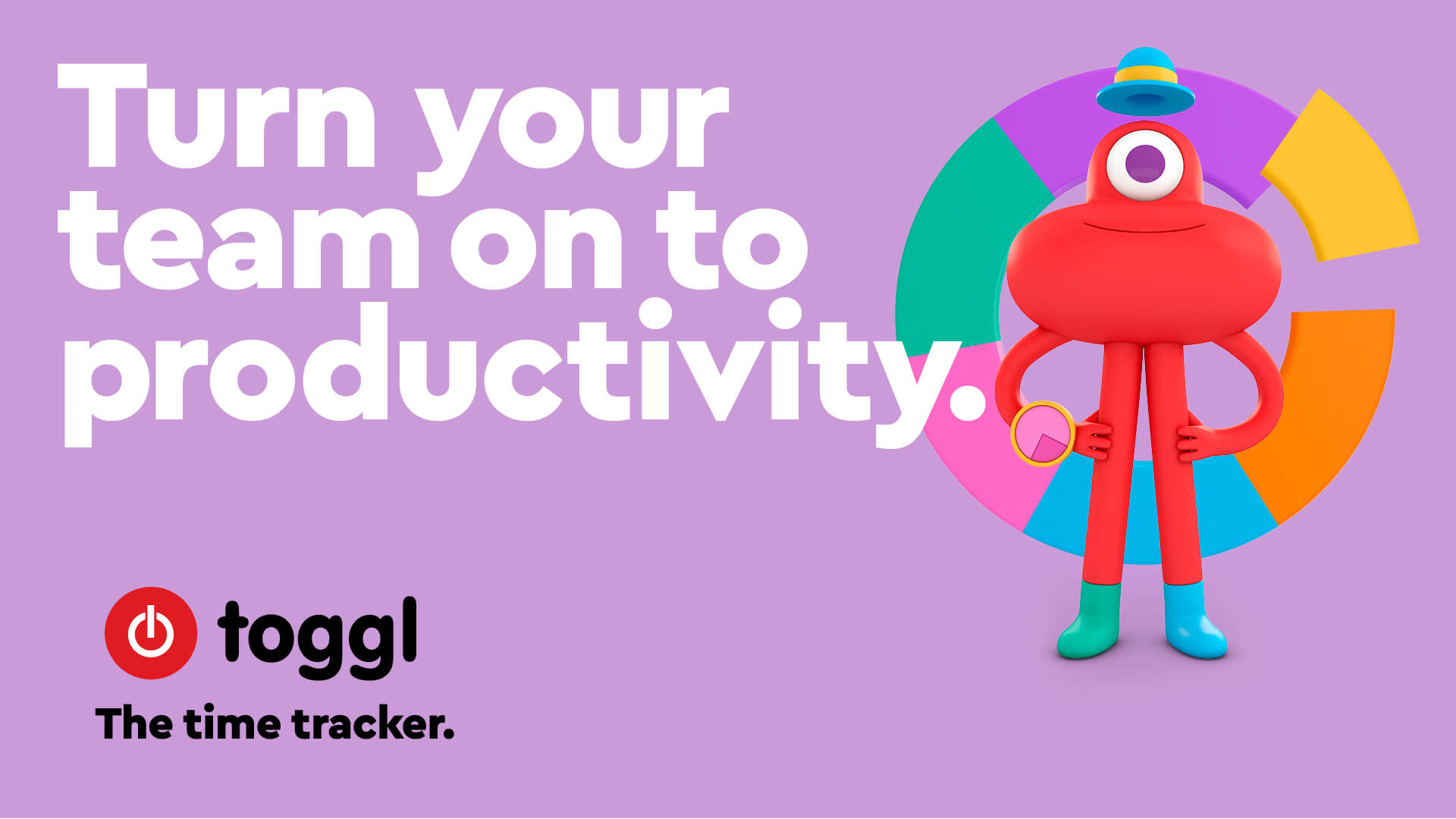 The campaign features a cast of characters. The lead is an all knowing character called Toggl, with others designed to represent how members of a creative team spend their time on different tasks. The story is clear – if you want to know where time goes… Toggl knows – it’s a time tracker. Turn on Toggl and turn your team on to productivity. 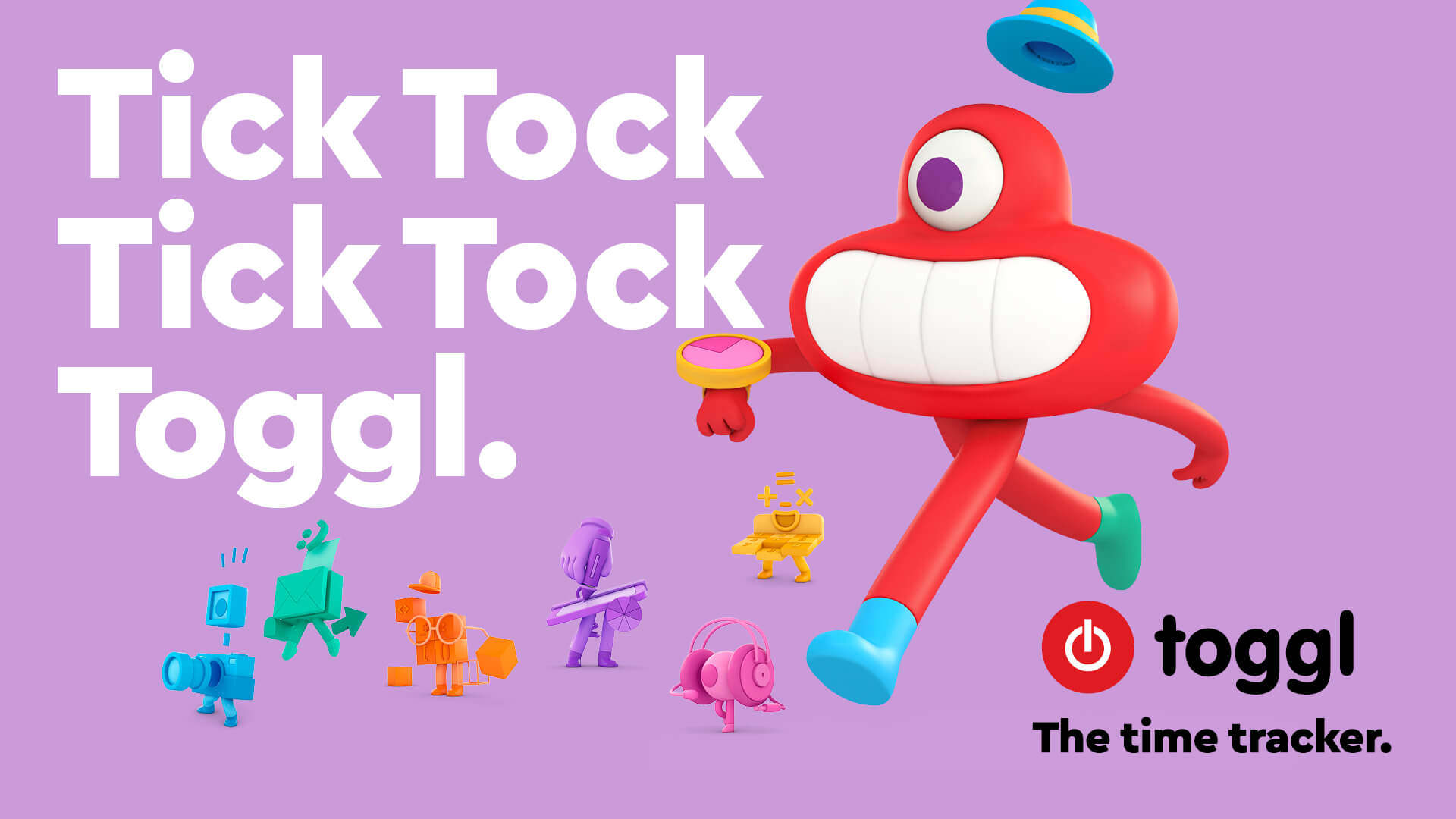 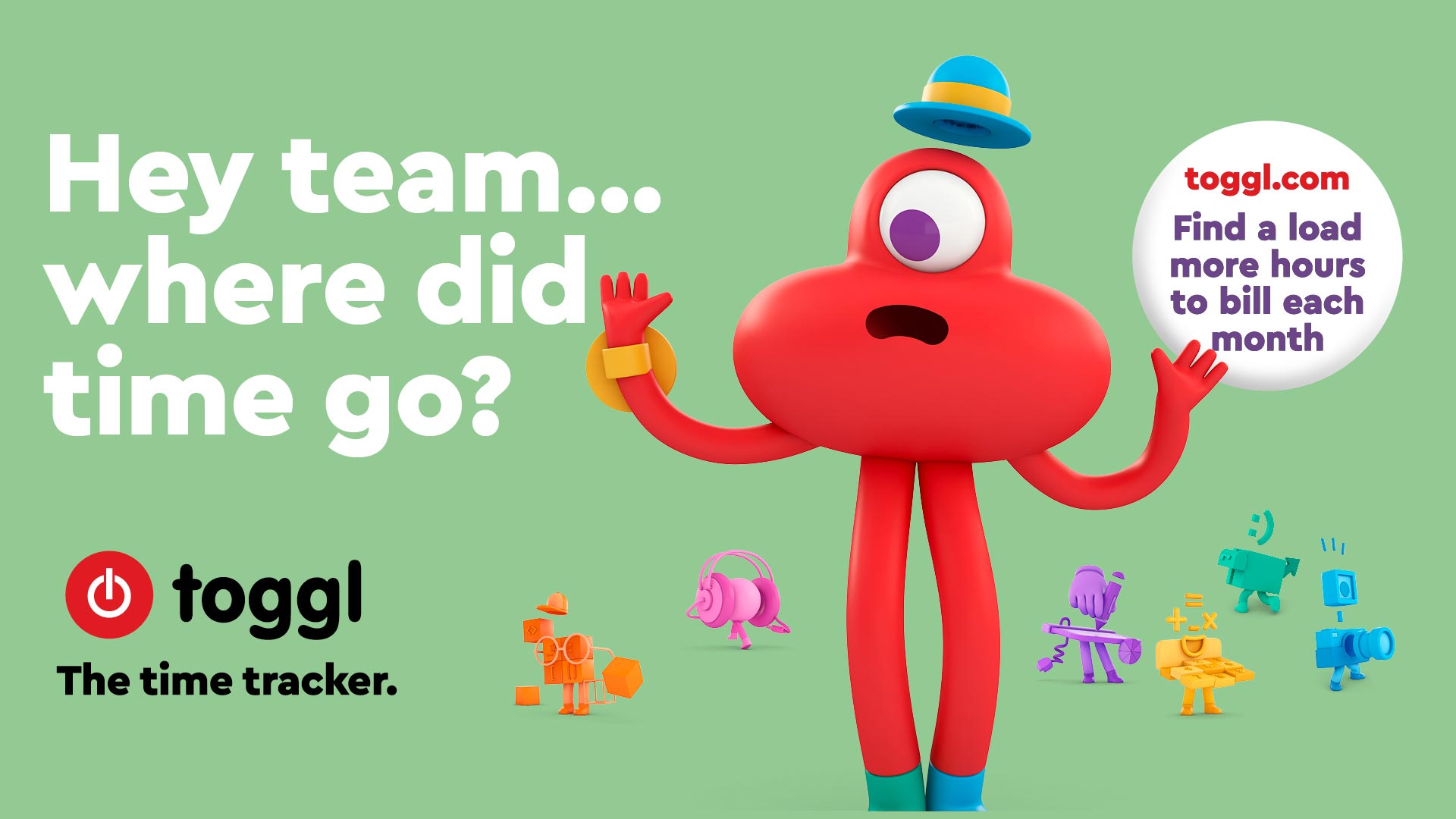 If you’re in or connected to the NYC creative scene, especially around Queens and Brooklyn, the ‘takeover campaign’ would be hard to miss. Proliferating on buildings, billboards, bus shelters and subways and supported by an extensive digital media campaign on Instagram, Facebook and LinkedIn, the campaign is big on character – and the characters are big on the walls of NYC. Audio ads are also running on Pandora and Spotify 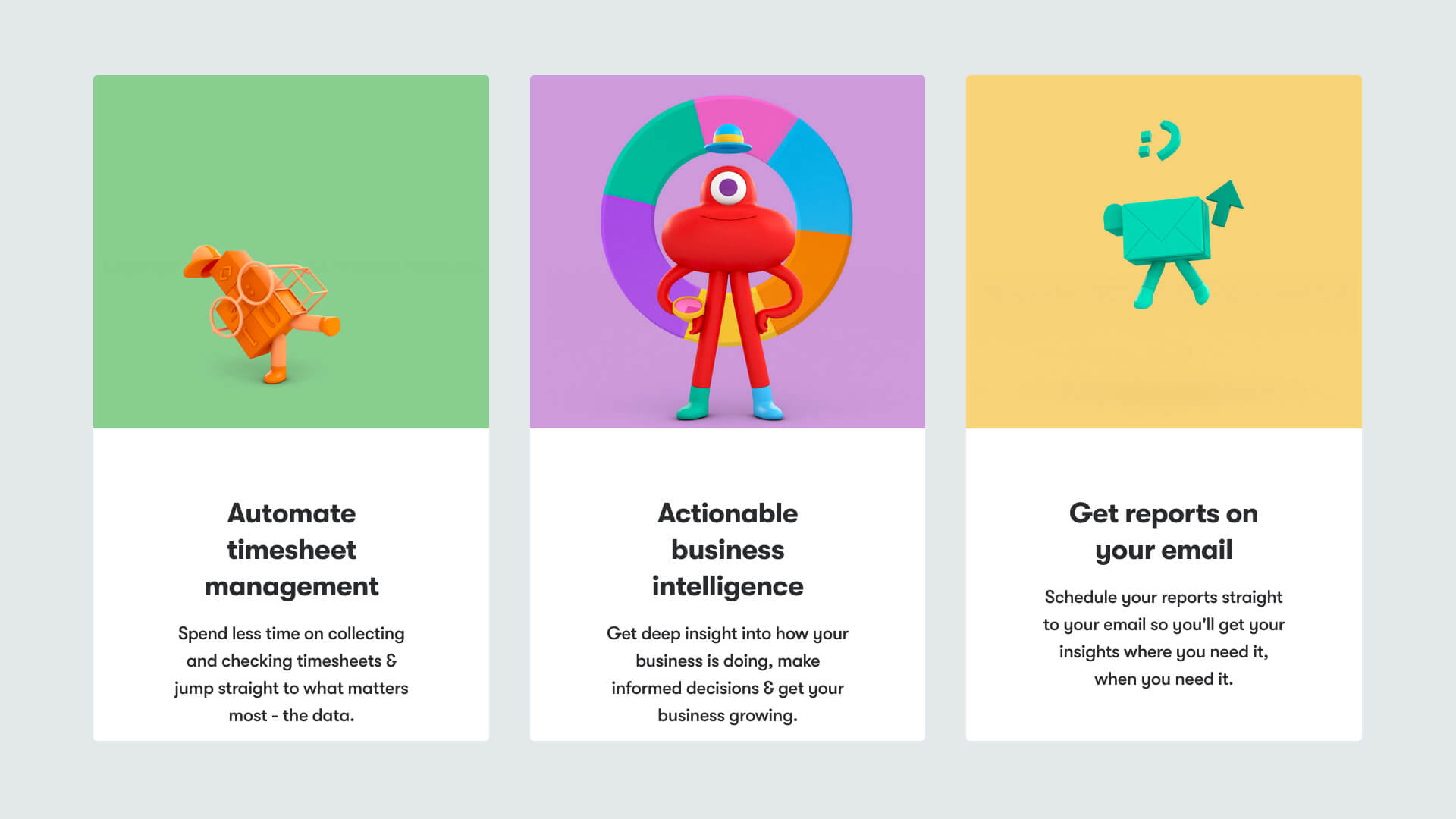 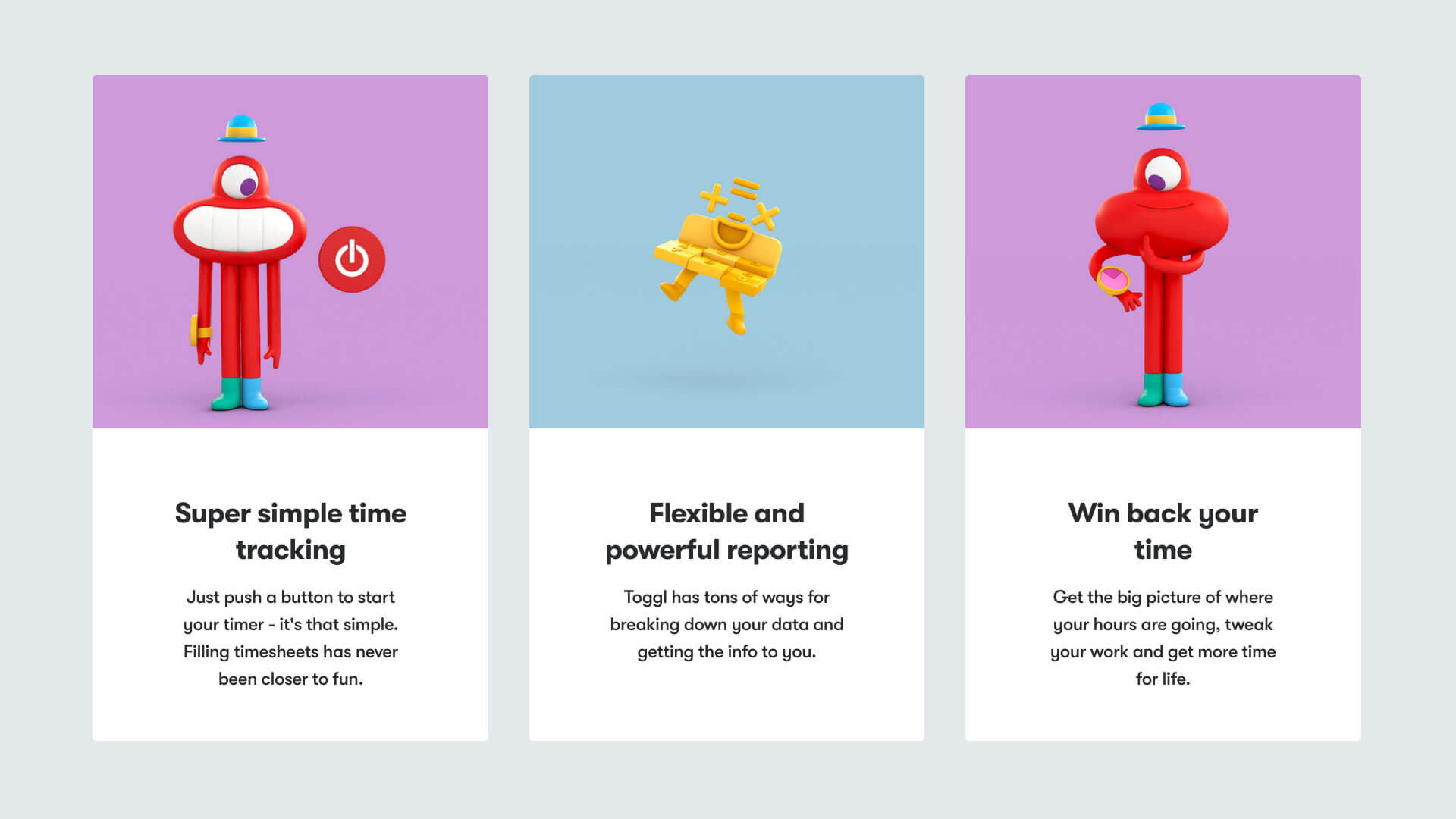 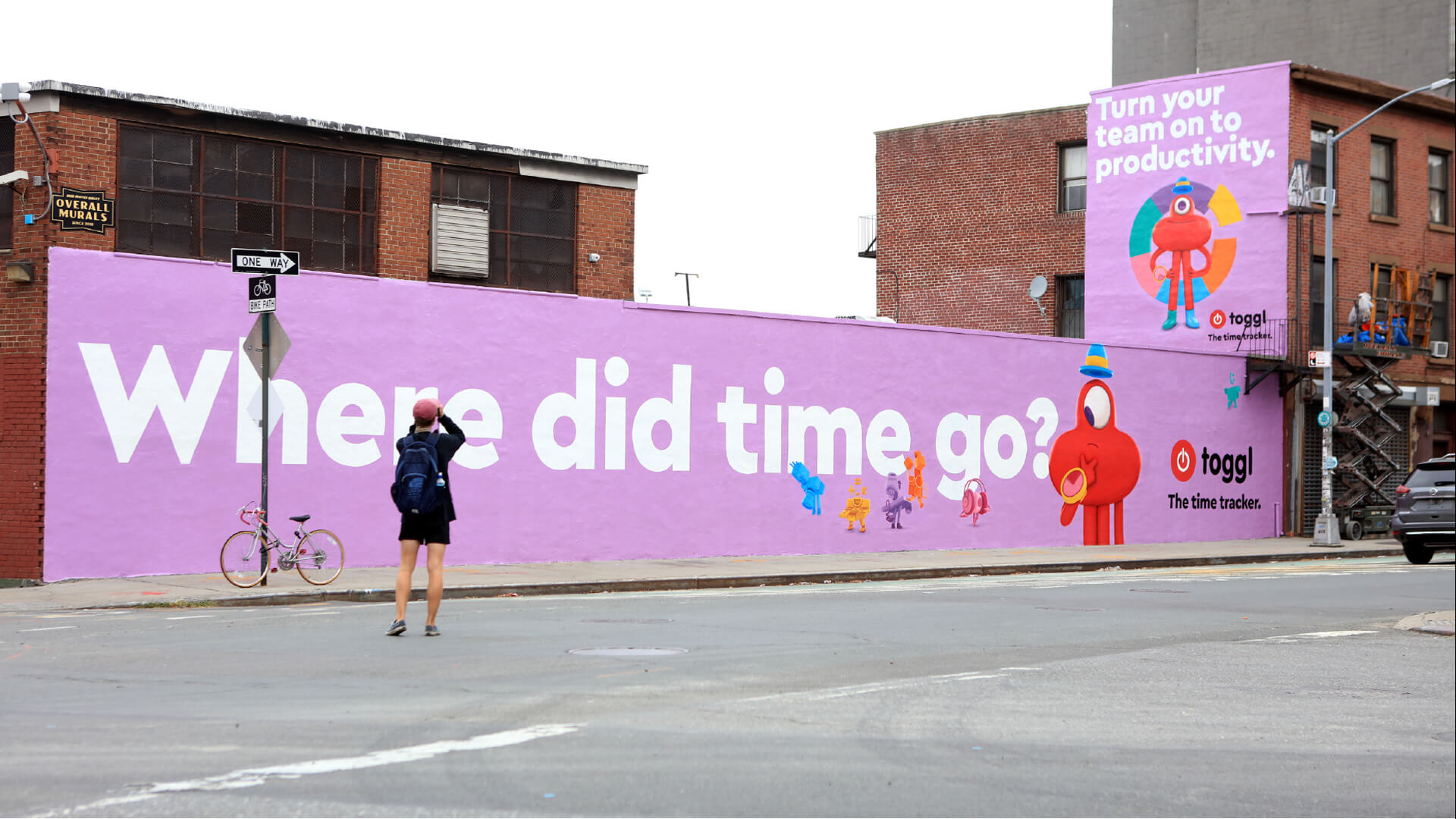 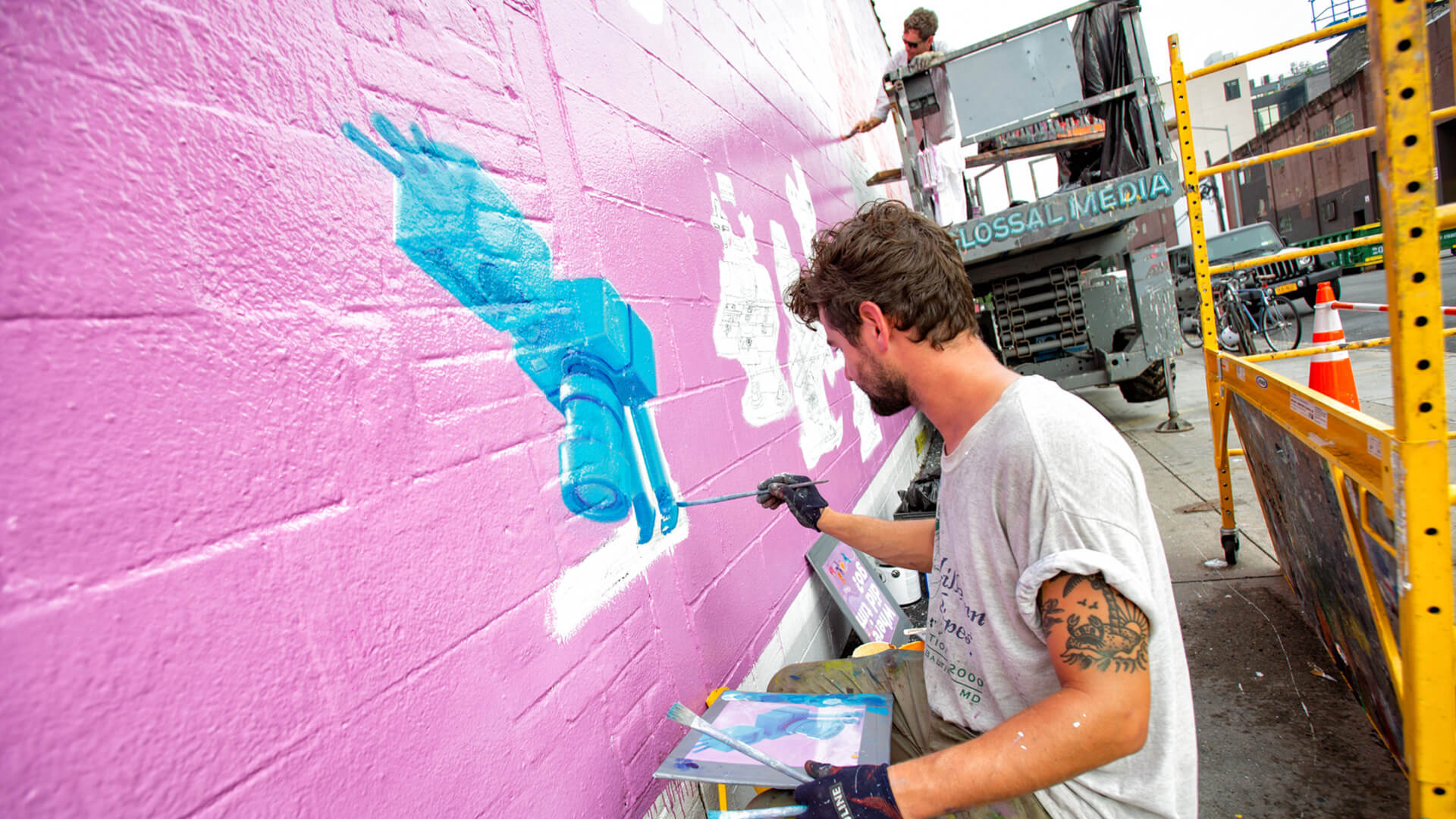 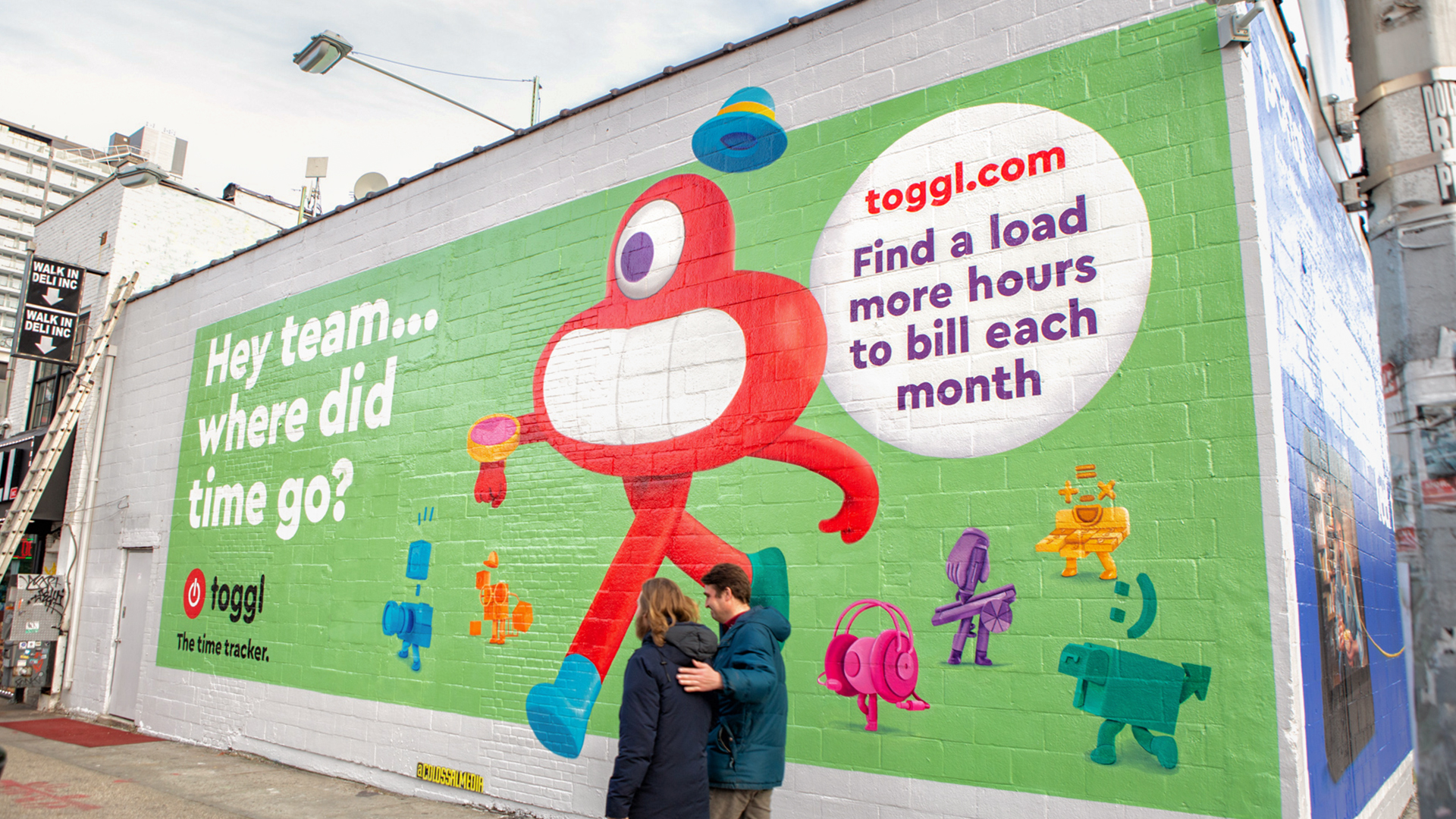